Shocking News! There Is A "Current" Shortage Of Electricians!

They have to be highly skilled, well-trained and are in high demand. Are they doctors or lawyers? No. They are electricians. And as the economy continues to improve, so does the demand for these workers. According to the Bureau of Labor Statistics (BLS), the need for electricians is expected to grow by 20 percent between the years 2012 and 2022, which is faster than the average for other occupations.

There are numerous reasons why electricians are in such high demand now. The recession played a big part in the shortage. In 2008, before the recession's start, the International Brotherhood of Electrical Workers (IBEW) reported that there were more than 41,000 electrician apprentices. By 2012, that number was down to 27,890 active apprentices. During the downturn in the economy, home and office construction stagnated and many apprentices left the field and looked for work elsewhere. Now, many of those workers have learned a new trade and have no interest in starting over as an electrical apprentice.

The industry is also "graying" out, with many electricians retiring. Unfortunately, the number of new electricians isn't growing fast enough to replace these retirees. And there is yet another reason for the shortage of electricians. Schools and parents are continuously pressing upon students the importance of attending college, whether continuing education is truly in a child's best interest or not. And, according to Forbes, this attitude has created a negative attitude towards so-called "blue-collar" work. So instead of attending a trade school and learning an occupation that might be more appropriate for their skill sets, many potential electricians end up going to college.

A healthier economy has also increased the need for electricians. As the economy continues to improve, more houses and office buildings are being built -- all of which require trained electricians. On top of that already growing need, devastating storms and other natural disasters have destroyed a large number of houses, which has only added to the need for more electricians.

So if you've always had an interest in construction and electrical systems and would like a job that the BLS states has a median pay of $49,840, which is more than 40 percent higher than the national average for all trades, you should definitely consider becoming an electrician.

What You Need to Do

Your personality traits are also important if you want to be a successful electrician. In many electrical jobs, you will have to work closely with customers, so it helps if you can be diplomatic and friendly.

The electrical field is one that has -- forgive the pun -- a bright future. So if your current employment situation is less than ideal or you are out of a job, you should really consider checking out this growing, high-demand field. For more information on electrician training, try checking out a site like http://hvac-tech.com.

Read in about 3 Minutes 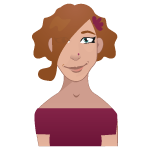 I had a very hard time during high school. Having a reading and comprehension problem made reading the materials that we were being tested on nearly impossible. I would read the same page over and over again and still would have no idea what was mentioned at the beginning of the page. Over the years, I have had some great teachers work with me to find ways to improve my level of comprehension. I created this blog to help other students and parents of students find a way past this challenging impairment and find a solution to improve the learning experience.